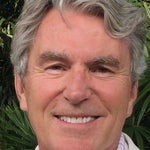 Tim has had a multifaceted and storied career.  For many years, Tim was a national trial lawyer with the firm of Shook, Hardy and Bacon.  He handled mass tort cases for pharmaceutical, medical device and chemical companies. Tim was lead counsel in a number of high-profile trials for clients around the country and served as lead counsel in a medical device MDL. While in private practice, he was named a Leading National Products Liability Lawyer by Chambers USA, one of the Top 500 Litigators in America by Lawdragon, and one of the Best Lawyers in America.   Tim taught at the National Institute for Trial Advocacy for many years and was a frequent speaker on legal topics, trial tactics and litigation strategy.

In 2008, Tim was recruited to become General Counsel and Corporate Secretary of Boston Scientific, a multinational medical device company.  While there, Tim served on the Company's Executive Committee and was responsible for worldwide management of the company's Legal organization, Global Compliance, Government Affairs, Aviation, Global Security and other functions.  He was also heavily involved in diversity and inclusion initiatives, the Boston Scientific Leadership Academy and innovative outside counsel management initiatives. Over his years at Boston Scientific, Tim was repeatedly awarded for his performance.  In 2013, he was recognized by The Legal 500 and named to the "Corporate Counsel 100" list, which identifies the top most powerful corporate legal advisers in the United States. In 2016 he was honored by The Burton Awards as a “Legend in Law.” In 2016, he was flattered to receive the Valued Ally Award from Diversity Best Practices for his work in advancing diversity and inclusion.

Tim's work and influence is not limited to his work at Shook, Hardy and Boston Scientific.  He has also worked with a number of organizations. Tim was on the Board and Executive Committee of AdvaMed, the trade association for the medical device industry.  He is active in the prestigious and invitation-only Federation of Defense & Corporate Counsel (FDCC), where he served as President and Chairman. He currently serves as President of Lawyers for Civil Justice (LCJ), a group interested in improving the civil justice system in the United States.  He had been a member of the boards for DRI and the New England Legal Foundation.

Thank you for contacting me. I will get back to you shortly.

Please complete all required fields below.